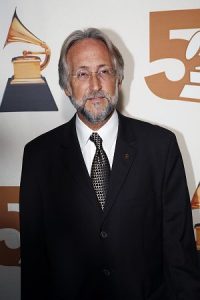 A Letter From The Recording Academy’s President:

In April, hundreds of you came to Washington for GRAMMYs on the Hill, while hundreds more sent emails to Congress and the FCC asking them to protect wireless microphones from interference.

Today, as a result of your efforts, our community prevailed. The FCC voted to preserve channels for wireless microphones and other wireless music technologies so vital to artists and sound engineers.

The threat we faced was significant. The FCC was poised to let new devices into the wireless spectrum that would have caused significant interference to wireless microphones. Some policy makers even suggested we go back to using only wired mics! Our Producers & Engineers Wing led the charge, with a multi-year advocacy effort culminating in large Academy member activism during Spring’s GRAMMYs on the Hill.

Thanks to your efforts, the FCC will preserve two channels in every market in the country for wireless microphones, while also allowing microphone users to register in a database to secure more channels. It’s a great solution that’s fair to everyone.

Once again, your voice made a difference. The show will go on.